Prof. Margaret Levi interviews Robert Dahl on his life and work in political science and democratic theory.  Dahl is, of course, one of the worlds foremost social scientists and is especially known for his work on power.

In this conversation he discusses his position in the now famous “3 Dimensional Power Debate”.  His definition of power (A has power over B to the extent that she can get B to do something she would not otherwise do) and his pluralistic view of power in the US of the 1950’s, which emerged from his criticism of the elite view of Mills and Hunter, became a foundation for the entire power debate across the social sciences.  The book, Who Governs? (1961)  is a classic but attracted much debate and criticism.  Peter Bachrach and Morton Baratz (1962) developed their model of power, the second face of power, as a  response to Dahl’s first face, in which non-decisions and agenda setting are added to the overt decisions that Dahl studied.  To this Stephen Lukes added his radical, third dimensional view of power, concerned with the non-observable and ideological control of individuals via the constitutive control of their desires via false consciousness.

The video and transcript of the interview are available here.

The stats helper monkeys at WordPress.com mulled over how this blog did in 2010, and here’s a high level summary of its overall blog health:

The Blog-Health-o-Meter™ reads This blog is doing awesome!. 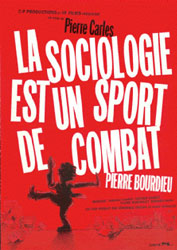 In 2010, there were 30 new posts, growing the total archive of this blog to 44 posts. There were 15 pictures uploaded, taking up a total of 5mb. That’s about a picture per month.

The busiest day of the year was September 21st with 47 views. The most popular post that day was Bourdieu: Sociology as a Martial Art..

Where did they come from?

These are the posts and pages that got the most views in 2010.

Bourdieu: Sociology as a Martial Art. May 2010