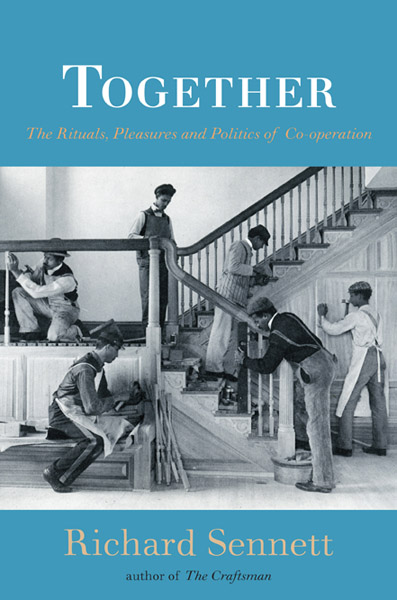 Here is a link to the audio of an RSA Keynote by Richard Sennett from February 2nd, 2012, in which he discusses his new book, Together: the rituals, pleasure and politics of cooperation (2012).   This is the second volume of his “homo faber” trilogy, sitting between 2008’s The Craftsman and a future work on the urban environment and its co-construction.  A Guardian review of the book is here.   The RSA blurb is below.

Living with people who differ – racially, ethnically, religiously, or economically – is one of the most difficult challenges facing us today. Though our society is becoming ever more complicated materially, we tend to avoid engaging with people unlike ourselves. Modern politics emphasizes unity and similarity, encouraging the politics of the tribe rather than of complexity.

At the RSA, distinguished sociologist Richard Sennett explores why this has happened and what might be done about it, arguing that living with people unlike ourselves requires more than goodwill: it requires skill.