The ESA Emotions Network (RN11) will hold their 6th midterm conference between 25-27 September, 2014. The conference will take place on the island of Rhodes, Greece, in the University of the Aegean. This year, in addition to the usual streams, the conference will feature two special workshops on emotions – one for PhD students (featuring Prof. Helena Flam and Prof. Helmut Kuzmics), and one on the use of literary analysis for sociology of emotions research (again, featuring Prof. Helmut Kuzmics and Dr. Stephanie Bird). The proposed sessions, towards which you might pitch your abstracts, include: Theorizing Emotions; Emotions and: Morality; Globalization; Religion; Civic Action; Power; Literature; Law; Finance; Visuals; Migration-Sensations-Spaces; Post-Atrocity Emotions; and Researching Emotions Empirically. The full call for papers is here: CfP RN 11 Midterm Rhodes final(pdf).

Abstracts not exceeding 300 words should be sent by the 31st of March 2014 to Jochen Kleres (jkleresATposteo.de). Please use “RN 11 midterm submission”in the subject line of your email. Also, please send your abstract indicating whether it is for a specific session listed above. Notifications about the abstracts selected for presentation at the midterm conference will be made by mid-May 2014. Conference fees, more precise conference times, and links to accommodation will be announced then.

I hope to make it this year myself and I urge those working on affect or emotions to submit an abstract. I have been to other conferences with this group and always found them both intellectually stimulating and, perhaps more importantly, filled with interesting, warm and (not least) fun social scientists from all over the world. But hurry up! The deadline is Monday! 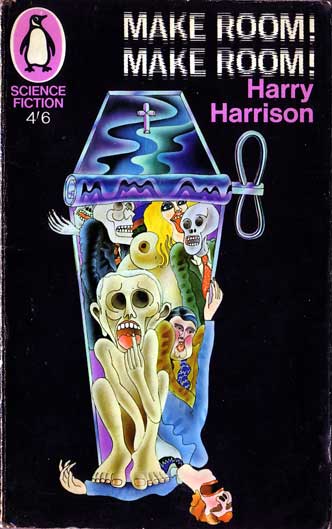 We are delighted to announce the second guest speaker of the Power, Conﬂict & Ideologies Cluster (School of Political Science & Sociology) this year is Prof Diana Coole of Birkbeck  University of London. The talk, based on the ‘Population Question’ (speciﬁcs below), will take place at 3pm on 20th May in the SAC Room/CA110, Cairnes Building (St. Anthony’s, ground ﬂoor)  NUI Galway. All are welcome.

The title of the paper will be ‘From Population Control to Behaviour Modification: Liberty, Coercion and Behaviour Modification in Pursuit of Sustainable Wellbeing’. The abstract is below, but a useful introduction to these issues and Coole’s perspective on the population question in general may be found in her 2013 paper ‘Too Many Bodies? The Return and Disavowal of the Population Question’, which is currently open access (as one of Routledge’s ‘most popular’ politics papers of 2013).

The abstract for the Galway talk, and the speaker’s bio, are below the fold.

END_OF_DOCUMENT_TOKEN_TO_BE_REPLACED 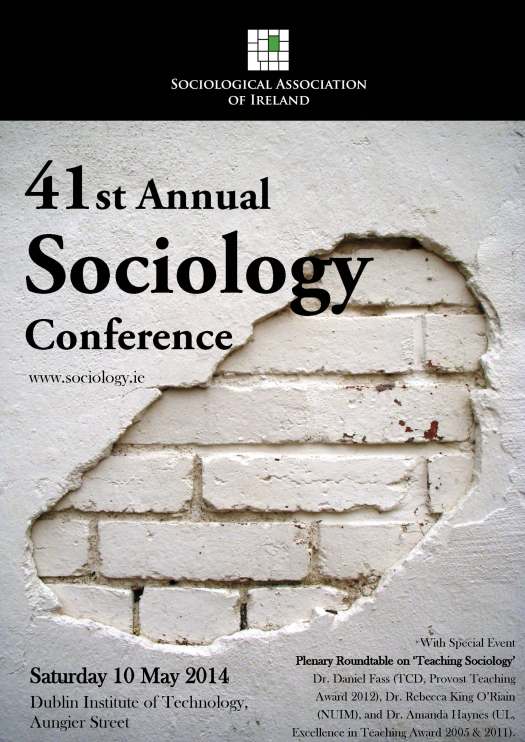 The 41st Annual Conference of the SAI will be held at the Dublin Institute of Technology, Aungier Street on May 10th 2014. This will be an open conference with no prescribed theme. This one day conference will focus on high quality papers and presentations with time for discussion and debate.

You may submit an abstract from two different forms of presentation:

Those wishing to present a paper at the conference should submit an abstract as a Word attachment by email to:

Submissions will be reviewed and authors notified by Friday 28th March 2014.

Further details on abstract submission and more below the fold.

END_OF_DOCUMENT_TOKEN_TO_BE_REPLACED

Prof.Philip Pettit of Princeton University will give a public lecture on the theme of justice and democracy in NUI Galway at 4pm on 17 June. The venue is the SAC Room in the Cairnes Building. The talk is organised by the Power, Conflict & Ideologies Research Cluster of the School of Political Science & Sociology. A reading group run by the cluster will meet to discuss Prof Pettit’s work in the approach to his visit. Interested colleagues from other Schools (and other institutions) are welcome to join the group, but ask that they contact either myself (jonathangheaneyATgmail.com), Dr. Jenny Dagg (jennydaggATgmail.com) or Dr.Niall Ó Dochartaigh (niall.odochartaighATnuigalway.ie) so we can keep track of numbers/room size etc.

We have initially scheduled two meetings:

The reading for the first meeting is Freedom as Anti-Power’ (1996 pdf), which offers a general overview and introduction to his influential approach to normative, neo-republican political theory, and his conception of freedom as non-domination in particular.  In the second meeting we will discuss his new book On the People’s Terms: A Republican Theory and Model of Democracy (Cambridge University Press, 2012), in which this framework is reasserted and refined, and turned to questions of political legitimacy, social justice and democracy.  If you are interested in getting a flavour of the arguments and style of this later work there are videos of lectures that he did in Frankfurt in 2012 available here.  There is also an excellent audio interview about the new book (and his life in general) available on the New Books in Philosophy website.

If you would like to join the meetings of the reading group or would like further information please email either myself or Niall.

Philipp Pettit, originally from Ballygar Co. Galway, is L.S. Rockefeller University Professor of Politics and Human Values at Princeton University, where he teaches philosophy and political theory.  Among his books are The Common Mind (1996), Republicanism (1997), The Economy of Esteem (2004), with G. Brennan; Made with Words (2008); A Political Philosophy in Public Life, with JL Marti (2010); and Group Agency (2011) with C. List. Common Minds: Themes from the Philosophy of Philip Pettit, ed G.Brennan et al, appeared from OUP in 2007.  Professor Pettit is a Fellow of the American Academy of Arts and Sciences as well as of academies in his two countries of citizenship: Ireland and Australia.  His most recent book On the People’s Terms (2012) is published with Cambridge University Press. It is based on the 2009 Albertus Magnus Lectures in Cologne, and the 2010 Seeley lectures in Cambridge.